Prank Calling Apps – Bringing Your Prank Calls To Another Level 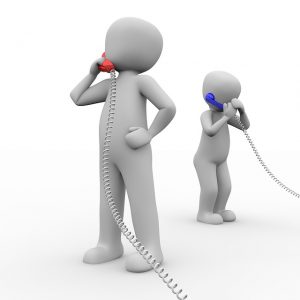 Prank calling has carried on to be a funny and playful trick that has tested time. Its popularity isn’t lost and is still done today especially with the prevalence of smartphones. Making a prank call is intended to play a harmless playful trick on people for some laughs. If done well, even the receiving end of the call may find the prank hilarious.

With the advancement in technology, even phone pranks have evolved where, aside from prank calling, other phone gags have now come into view. Now, there are number of phone prank apps that would certainly bring your phone pranks to the next level.

One great example of this app is Ownage Pranks. This app features numerous very funny characters from their YouTube channel. They offer a large number of prerecordings as wherein the originality as well as the quality of the prank scripts and voice acting are outstanding. Besides the variations of hilarious scenarios, users are also given the option to select different characters to voice act similar prank calls for an experience that is more dynamic and unique.

Voice changer apps are another kind of app that prank callers use to make prank calls. Over the years, this app has gained much popularity. With this app, you’d be able to alter or transform your voice so that if you decide to prank call someone you know, they wouldn’t be able to recognize your voice. With a voice changing app, you can instantly alter your voice during a live call or adjust the pitch of your voice from high to low.